As the world marks the 250th anniversary of his birth, perhaps the most widespread image of Ludwig van Beethoven is – heroic. He is the musical revolutionary who overturned the conventions of his day. He is the wild-maned creator of immortal works in defiance of encroaching deafness. He launched the orchestral style that still dominates the world’s concert stages.  Even his breakthrough work is called Eroica.

But Beethoven had his heroes, too. And in the German culture of his day, there was no greater hero than Johann Wolfgang von Goethe.

Today, we know Goethe mostly as a name attached to the Faust legend and more generally as a label vaguely attached to 18th century Germany. But to his contemporaries, he was everywhere – novelist, poet, playwright, literary critic, scientist, public administrator, and philosopher. Beyond Beethoven, his influence echoed through the 19th century in the Romantic movement in music, literature and art, and even in the scientific thinking of Darwin and Tesla.

On February 21-23, Eric Holtan will direct True Concord Voices & Orchestra in an exploration of the roots of the Romantic movement by presenting Beethoven’s “Choral Fantasy” and Mass in C Major along with Johannes Brahms’s Alto Rhapsody.

Despite its name, most of the Choral Fantasy is devoted to the orchestra and solo piano – in this case Jeffrey Biegel, following up on his well-received appearance with True Concord in November 2018. The chorus enters in the final third of the work, with a lively theme that foreshadows the monumental Ode to Joy in Beethoven’s Ninth Symphony.

Though the reputation of the C Major Mass among Beethoven’s sacred works is overshadowed by the Missa Solemnis, it has gained wider attention in recent decades precisely because its sound is simpler and more tranquil than the later work. Chorus members Chelsea Helm, Helen Karloski, Brian Giebler and Edward Vogel will be highlighted.

The Romantic tradition that sprang from Goethe and entered music through Beethoven culminated in the work of Brahms, so it is fitting that the concert include the Alto Rhapsody. It offers a setting of verses from Harzreise im Winter, Goethe’s reflection on a climbing expedition in northern Germany’s Harz Mountains. Contralto Emily Marvosh, a long-time True Concord favorite, will be the featured soloist. 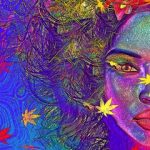