Derived from a range of outstanding choral music, my themed Playlists are designed to be like concerts, of about an hour in length. The music of this second Playlist in my series describes the power of light to break the darkness in our world and in our lives. If music be the food of love, play on.

The Representation of Chaos (WARNING: This movement starts with a bang!)

In the Beginning God Created the Heaven and the Earth

Hymn to the Creator of Light

Light of a Clear Blue Morning

It’s been a long dark night, and I’ve been waiting for the morning.
It’s been a long hard fight, but I see a brand new day a dawning.
I’ve been looking for the sunshine, ’cause I ain’t seen it in so long.
Everything’s gonna work out fine.
Everything’s gonna be alright.
It’s gonna be okay.
I can see the light of a clear blue morning.
I can see the light of a brand new day.

Performed by Chamber Choir of Europe and I Virtuosi Italiani, conducted by Nicol Matt 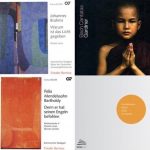 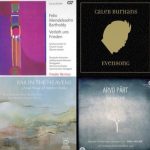