Derived from a range of outstanding choral music, my themed Playlists are designed to be like concerts, of about an hour in length. The theme of this third Playlist in my series is peace, with several selections utilizing imagery of a river by and through which we experience peace. If music be the food of love, play on.

By the rivers of Babylon, there we sat down and wept when we remembered Zion.
On the willows in the midst thereof we hung up our harps.
For there they required of us, who had carried us away captive, a song, and those who had afflicted us, mirth: Sing to us from the songs of Zion.
How shall we sing the songs of the Lord in a strange land?
– Psalm 137:1-4

I Have Called You By Name

Mercifully grant us peace,
Lord God, in our time.
There is none other
Who can struggle for us
But you alone, our God.
– Martin Luther 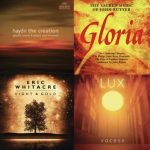 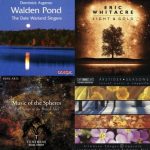