Derived from a range of outstanding choral music, my themed Playlists are designed to be like concerts, of about an hour in length. The seventh Playlist in my series is inspired by the annual observance of Memorial Day and dedicated especially to the memory of the those who have lost their lives in the Coronavirus pandemic. If music be the food of love, play on.

Lord, now lettest thou thy servant depart in peace according to thy word.
For mine eyes have seen thy salvation,
Which thou hast prepared before the face of all people;
To be a light to lighten the Gentiles and to be the glory of thy people Israel.
Luke 2:29-32

How lovely are thy dwelling places, O Lord of Hosts!
My soul requires and yearns for the courts of the Lord;
My body and soul rejoice in the living God.

Blessed are they that dwell in thy house;
They praise you forever.
Psalms 84:1, 2, 4

Deep river, my home is over Jordan.
Deep river, Lord, I want to cross over into camp ground.

Oh don’t you want to go to that gospel feast,
That promised land where all is peace?
African-American Spiritual

Into Paradise may the angels lead you,
May the martyrs welcome you in your coming
And guide you into the holy city Jerusalem.

A chorus of angels will greet you,
And with Lazarus, once a beggar,
May you have eternal rest.
Requiem Liturgy 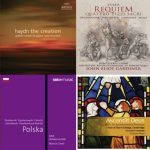 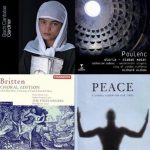