This week’s Playlist heralds the transformational power of music and song with works among others by Bach, Bernstein, Paulus, Britten’s Hymn to St. Cecilia, and Vaughan Williams’s sumptuous Serenade to Music.

Have Ye Not Known?
Ye Shall Have a Song

Have ye not known? Have ye not heard? Hath it not been told you from the beginning?
Have ye not understood from the foundations of the earth?
Isaiah 40:21

Ye shall have a song, as in the night when a holy solemnity is kept;
And gladness of heart, as when one goes with a pipe to come to the mountain of the Lord.
Isaiah 30:29

There is Sweet Music 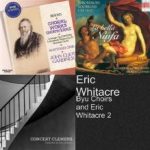 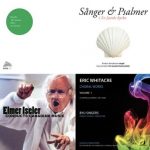