A Virus and a Revolution: History Repeats Itself 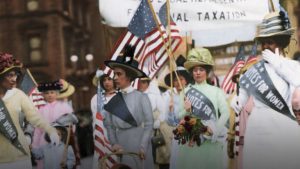 The year 2020 marks the 100th anniversary of the fight for women’s suffrage in the U.S. Many months ago, as True Concord Voices & Orchestra started dreaming and planning for the upcoming season, this significant milestone stood out. What, we wondered, did it demand of a person to be a suffrage advocate or leader? How did it affect individual lives, the life of a community and eventually the nation? What did it mean for women and their families, beyond the black and white photos of ladies in big hats with sashes and signs, to make the commitment for change?

Never would we have guessed, as we dug into this period in our history and learned of the immense sacrifice made by thousands in the midst of the fatal pandemic of the Spanish Flu, that we were only months away from experiencing much of the same. In early spring of 2020, COVID-19 closed life as we knew it, and as of this writing has killed more than 165,000 people in the U.S. alone. And now, the fight for equal rights and justice has also emerged, exploding out of the relative silence caused by the virus and grabbing the attention of the nation and world, demanding change.

A virus and a demand for change. One hundred years ago, the Spanish Flu and the fight for women’s right to vote. Today, COVID-19 and demands for racial equality and justice, the fight for recognition of full rights that have been withheld through overt and covert actions for more than 400 years. 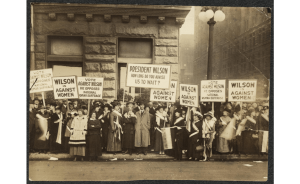 Think of all that has changed because of the passage of women’s suffrage. The ability to have one’s voice and to vote has led to an expansion today of normal life perhaps unimaginable to those who took to those streets demanding change. Now women, though still few, lead major corporations, work in a full array of professions and serve as leaders of countries across the globe. At home, women serve as governors, mayors, members of Congress, and one has been a nominee for President of the U.S. The life of one’s grandmother, mother, friend, daughter, and self is different in so many ways because of winning the right to vote that it is hard to express. There is still much work to be done to achieve full equality for women. And as our country and the world today is saying at the top of its lungs, there is much more to be done to achieve full equality for all, no matter the color of one’s skin. 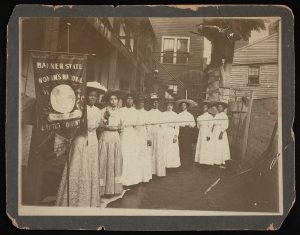 In 1777, Thomas Jefferson wrote to James Madison, “I hold that a little rebellion now and then is a good thing, and as necessary in the political world as storms in the physical.” Benjamin Franklin said, “We need a revolution every 200 years, because all governments become stale and corrupt after 200 years.”

Suffering, sacrifice and toil but no partnership of privilege?

True Concord believes that thoughtful examination and communication are essential for a healthy society. And we know that music is a powerful tool or catalyst for achieving communication and connection. We remain committed to using our voices and our music to explore both the beauty and the challenges that face us today.

History can be a powerful guide for decisions and actions in our current time. In 1917, leading to the vote on suffrage, President Wilson delivered a speech to the Senate, saying, “We have made partners of the women in this war. Shall we admit them only to a partnership of suffering and sacrifice and toil and not a partnership of privilege?” These impassioned words were not enough — two days later the amendment was defeated in the Senate, falling just two votes short of the two-thirds majority. A few days later, the Spanish flu hit Washington, D.C. hard. On October 7, Congress closed its public viewing galleries. Hundreds of deaths were reported in the capital every week. By mid-October, with most lawmakers either out sick or tending to the sick, almost all legislative action ground to a halt. On top of this, the midterm elections were just around the corner. Does this all sound familiar? 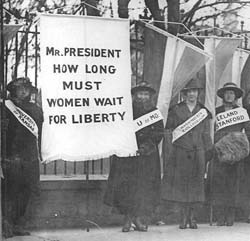 How long must women wait?
“Everything conspires against women’s suffrage. Now it is the influenza,” lamented a suffragist in The New Orleans Times-Picayune. But through it all, women, and some men, continued their fight for equal rights. Women lost their jobs, their homes and children, were beaten and arrested for marching. In Chicago, the Illinois Equal Suffrage Association went ahead with its annual convention, excluding the general public and with chairs set four feet apart. A circa 1918 photo shows women demonstrating at the White House demanding voting rights. Signs raised overhead said “Mr. President, How long must women wait for liberty?”

Listening is part of the solution
We know that each of us comes to every situation with different view-points, different histories and life experiences. Often, a solution that feels right to one person doesn’t address the beliefs and needs of another. But we believe that open-minded, careful discussion can lead to discoveries, consensus and positive change. We believe that listening is a key component of such an exchange. And music can teach us how to listen. 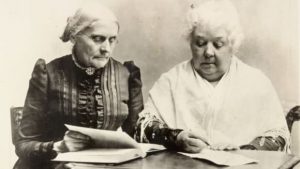 A season of music may include songs that are familiar, and perceived as beautiful. That music is comfortable to listen to, and takes no particular effort. Sometimes an audience is presented with music that sounds foreign or jarring, or that is particularly complex, and not immediately understood. If the listener hears the work a second time, or even third time, and reads about the intent of the composer and the message intended, they may decide the work has value or even come to love the piece. Once this is done with music, perhaps the same technique can be used when communicating with others.

Celebrating women’s suffrage through song
Describing our upcoming season, “HER — Celebrating the Impact of Women on the World,” we wrote: The essence of femininity is complex — a multifaceted spirit of emotion, values and strengths. “She” is perceived and experienced in different ways depending on the moment, the place and the beholder: mother, healer, warrior, siren, leader, self. 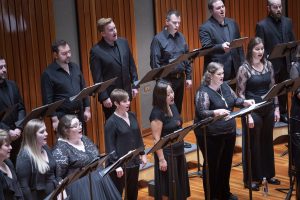 To celebrate HER, we have programmed concerts filled with music composed for powerful women leaders in “Music for the Royal She,” music of reflecting its source on earth in Mother Earth, the colorful Carmina Burana in tribute to the goddess Fortuna, and the Brahms Requiem, written in the aftermath of Brahms’s mother’s death. And we have commissioned a new work by rising star American woman composer Jocelyn Hagen. This work is inspired by the women’s suffrage and uses texts from leaders of the movement. We believe that immersing oneself in this kaleidoscope of sounds and points of view over the season will invite the expansion of thinking and views about women. 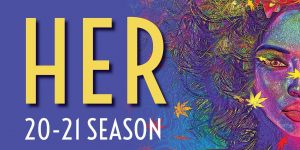 Hearts Together = True Concord
In his Sonnet No. 8, Shakespeare refers to the “true concord” of both vocal and instrumental music coming together in harmony and describing music’s ability to bring us together. “Concord,” too, has a musical definition: “the combination of simultaneous and harmonious tones.” It comes from 14th century old French: con – “together” + cor – “heart.” Hearts together. When Shakespeare’s word “true” is added, it suggests that True Concord is more than a name. It is a concept, a place and an experience. It represents the power of shared emotions through music. And, we hope, it represents the ability and inspiration we have to learn and grow through that shared experience.

True Concord doesn’t only perform beautiful music, but looks for ways to use music to, together, learn and grow. We strive to find ways each season to connect with our community through music. This connection keeps us fresh, thought-provoking and relevant. We look forward to doing that with you. 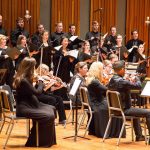 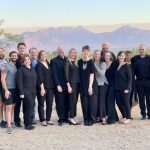