We are honored to announce that a video performance from our 2020-2021 season, produced by Alex Kosiorek of Arizona PBS, has received an EMMY nomination!

It was a delight to collaborate with Alex and Arizona PBS last season to produce online video versions of each concert in our groundbreaking 2020-21 “bubble” season. This nomination, in the Audio, Live or Post Produced category of the Rocky Mountain Southwest Chapter of the National Academy of Television Arts and Sciences, speaks to the excellence of Alex and his team and is a wonderful affirmation of True Concord’s performances, which were able to reach new and at-home audiences in last year’s reimagined season.

The work performed is Stephen Paulus’s A Savior From On High, part of our concert Lessons & Carols by Candlelight – Mary’s Gift. Thanks to the wonderful production of Alex and his team, the powerful music of True Concord is once again in the spotlight! 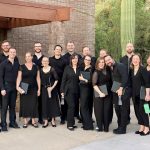 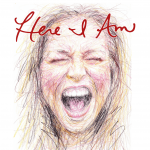 Jocelyn Hagen’s Work for From Silenced to Singing is Complete!Our Blog