In lieu of our re-scheduled January 2022 program, we are re-releasing our video concert of The Trailblazers from last season.

This poignant, moving program celebrates the indelible mark women have made on the world. Inspired by the hard-fought battle to win the right for women to vote, we celebrate barrier-blasters and trailblazers with works by women composers and/or based on texts by women authors and poets. This concert also premiered the 2020-21 Stephen Paulus Emerging Composers Competition winner, Ethan Soledad, whose work used text from the suffrage movement leaders.

Many of the women authors and poets who are featured in The Trailblazers made their way into Jocelyn’s multimedia symphony that will now premiere January 2023 after a need to postpone this year’s January program. Although the premiere of Jocelyn Hagen’s Here I Am has been rescheduled, The Trailblazers features another inspiring Hagen work: To See the Sky.

Originally performed in April 2021, The Trailblazers re-released video concert will be available from January 28th through February 13. 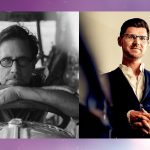 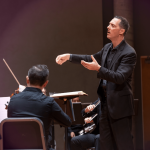