How Does Eric Put Together a True Concord Program?

True Concord’s Music Director Eric Holtan has always been passionate about new music so selecting Timothy Takach’s HELIOS to open the 22-23 season was no surprise. Eric is taken with Takach’s melodic, tonal musical language and his sensitive, careful and idiomatic writing for a world-class vocal ensemble. Writing for voice is a particular gift – not all composers are great at it nor are all composers interested in writing for an a capella vocal ensemble.
It could be that Holtan’s close association with the late composer Stephen Paulus cemented a passion to champion new work resulting in the Grammy-nominated True Concord recording of Paulus’s work, and, upon the untimely passing of Paulus, naming True Concord’s annual composition competition in Steve’s name. No surprise that Paulus was choral master Robert Shaw’s composer-in-residence in Atlanta, nor that Paulus, like Holtan, Takach and so many other artists with a powerful affinity for choral music – including Takach’s wife, Jocelyn Hagen – hail from the Midwest and specifically Minnesota.

So what to pair with a 65-minute work like HELIOS?  The fear many audience members have for new work is no surprise considering the decades of 20th century compositions that many find challenging at best. Even that most famous and popular of astrological/astronomical works, Holst’s The Planets, had a tough time at its premiere. In curating these opening season performances, Holtan has taken a page out of his programming playbook related to the world premiere of Jake Runestad’s EARTH SYMPHONY (“Choral”) where the climate change message of Jake’s hugely popular work was matched by that first climate change work, Vivaldi’s ever-popular Four Seasons. No surprise that pairing an incredibly popular work with a premiere is a common tool in programming – think of the US premiere of Mahler 6 coupled with Rhapsody in Blue played by Oscar Levant. It’s smart programming.

So what about our opening weekend with HELIOS? There are planetary works like Mozart’s Jupiter, Haydn’s Mercury, Dvorak’s Song to the Moon, etc. Holtan has chosen none other than Schiller’s “starry canopy” as set by Beethoven – the Ode to Joy fourth movement of Beethoven’s Ninth Symphony. Like the Four Seasons with EARTH SYMPHONY (Choral”), so the stars and heavens of Beethoven with HELIOS! And in grand True Concord fashion, Holtan features vocal soloists from the ensemble and True Concord’s collaborative pianist Alexander Tentser to play Franz Liszt’s piano transcription of the Beethoven, another True Concord premiere.

“I am constant as the northern star, of whose true-fixed and resting quality there is no fellow in the firmament.” 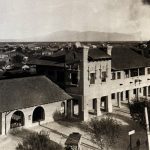 Rachmaninoff in TucsonFeatured on Home Page, Highlights, Our Blog 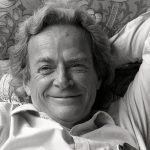