A Nobel Prize Winner Weighs In

From Welz Kauffman, True Concord Managing Director — In the early 80s in LA, I was finishing up a house concert when the host took me by the hand and introduced me to her “genius friend, Dick Feynman”. One of my encores was a piano transcription of Mars from Holst’s The Planets, and Feynman loved it, told me he was an avid drummer who dabbled in astrophysics, and that while I played he was “samba-ing” on his legs, on the furniture, anywhere he could bounce his fingers. Only later did I learn that he was the Dr. Richard Feynman of Caltech, the Manhattan Project, the 1965 Nobel Prize in physics, and one of the best-known scientists in the world – and soon to be a member of the commission investigating the space shuttle Challenger disaster.

We were seated together for supper and ended up speaking not of physics but of the stars, the planets, the skies – and about music. He loved all types of music especially pieces that allowed his visual imagination to run wild and was particularly fascinated by musical depictions of that which is above us. I asked him about the human obsession with space, space travel, space exploration and where he thought that came from. He smiled and said space is for everybody, not just for a few people in science or math, it’s the new frontier for all of us.  Space represents hope, it represents freedom, and many of us were weaned on it when our parents read us Goodnight Moon and then led us to the pop culture phenoms Star Trek, Star Wars, Close Encounters and so many more, all of which have great music. Feynman was the first to tell me that space and fantasy films were the operas of our time, and that music is like space – expansive, to be discovered by performer and audience, filled with untold riches and imagination, beauties and romance.

Dr. Feynman, at the close of the evening, thanked me again for playing Mars and wistfully told me he wished there was a solar system vocal work as famous as The Planets.

For those of you that like coincidences, Feynman was born in 1918. Leonard Bernstein was also born in 1918 and one of his best televised Young People’s Concerts is on The Planets. Holst’s masterpiece had its world premiere on September 29, 2018.

True Concord presents the Southwest premiere of Takach’s HELIOS on September 30, 2022. I’ll be there and will be missing Feynman – but I hope you’ll join us.

“Shoot for the moon.  Even if you miss it you will land among the stars.” 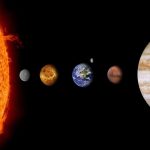 How Does Eric Put Together a True Concord Program?Our Blog 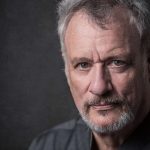