In memory of lives lost worldwide to COVID-19. 150th anniversary year of the premiere of the “London Version” for 4-hands piano

If grief and love could be embodied in sound, it would be the Brahms Requiem.

Johannes Brahms threw himself into the creation of his Requiem after the death of his beloved mother.

The loss left him lonely and heartbroken. He was fortunate to have the ability to express and console his grief by creating what is now one of the most beloved works in the classical realm.

His was a Requiem “for the people” — written in the daily-spoken German rather than the customary Latin — on texts Brahms chose from the Lutheran Bible. The Requiem established Brahms as a major composer in his time. 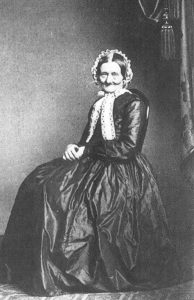 Brahms’s Ein deutsches Requiem is not, like most Requiems, a mass for the dead or about resurrection. Rather, it is a work of consolation for those left behind.

Celebrating the 150th anniversary of Brahms’s “London Version,” True Concord treats you to his chamber version of the Requiem, with 4-hands piano replacing the orchestra. For many, this will be a new, more intimate way to experience this beloved work.

As one whom his mother comforteth, so will I comfort you.