Described as “remarkably virtuosic” by the Columbus Republic and “transcendent” by the Daytona Beach News Journal, tenor and conductor Aaron Humble originally hails from Northeast Ohio. Versatile across many genres, Aaron has performed in opera, recital, concert, and chamber music venues. During his tenure with Cantus, Aaron sang more than 800 concerts and recorded 10 albums with one of the nation’s premier vocal ensembles and enjoyed solo appearances with the St. Paul Chamber Orchestra and the Boston Pops and concert appearances at the Kennedy Center, Lincoln Center, The Library of Congress, Wolf Trap, and The Chautauqua Institute. Aaron has recently sung as a soloist and ensemble singer with the Santa Fe Desert Chorale, Tucson’s Grammy-nominated True Concord Voices and Orchestra, and The Grammy-nominated South Dakota Chorale while also remaining active regionally and nationally as a soloist in recital and oratorio.

Formerly on faculty at Minnesota State Mankato, Aaron was recently appointed to the faculty at California State University San Marcos as the head of choral and vocal studies.

A Graduate of Millikin University, Aaron holds the Doctor of Music degree in Vocal Performance and Literature from the Indiana University Jacobs School of Music. As Aaron directs his focus toward teaching, he continues to perform as a recital and concert singer and conductor as well as maintaining his work as a clinician in a variety of vocal and choral settings. An avid gardener, cat dad, and home improvement devotee, Aaron and his husband Xu make their home in New York and San Diego with their two cats Chopstick and Toothpick. For more information, please visit www.aaronhumble.com. 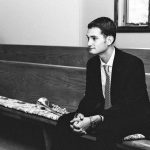 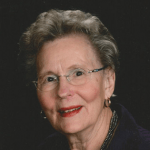