Nashville, Tennessee-based soprano Alissa Ruth Suver’s warmth, clarity, and flexibility have allowed her to feel comfortable singing in a variety of genres, though she performs primarily early and choral music. Her career has led her to sing all over the country.

An Ohio native, Alissa is now actively performing with professional ensembles around the United States, including Conspirare (Craig Hella Johnson, conductor), the Santa Fe Desert Chorale (Joshua Habermann, conductor), Skylark Ensemble (Matthew Guard, conductor), and The Crossing (Donald Nally, conductor). She is frequently on the roster for the Beckenhorst Press recording choir at Aire Born Recording Studio (Craig Courtney, conductor), and her solo work has led her to sing regularly with the Bach Ensemble of St. Thomas (Carlton Monroe, conductor), in addition to performances with both the choral and instrumental ensembles at her alma mater, Capital University (Lynda Hasseler and Jeff Gershman, conductors).

Her love of music has been central to her life from an early age; she is the daughter of two music teachers, and can’t remember a time when she wasn’t in rehearsal! She began her post-collegiate career first as a secondary choral music director herself, teaching middle and high school choirs in Ohio public schools, before deciding to pursue performing on a more regular basis.

In addition to her performance work, she is a soprano section leader for Westminster Presbyterian Church (Nashville, TN), a voice teacher for students throughout the Nashville area, and a frequently-hired administrative assistant for various performance projects.

Alissa holds a Bachelor of Music in Education degree from Capital University in Bexley, Ohio. 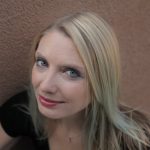