She has been praised for her “clarion voice” and the way that she commands the stage. In 2015, she was awarded the ariZoni Theatre Award of Excellence for her portrayal of Eliza Doolittle in Hale Centre Theatre’s production of My Fair Lady. Most recently she was seen on The Gaslight Theatre stage in their 2019 Western The Belle of Tombstone (Patsy Moran). In January 2020, Webb will appear in the chorus of Arizona Opera’s La Bohème. Other favorite roles include the title role in Mary Poppins, Christine Daaé (Yeston & Kopit’s Phantom), and Miss Wordsworth (Albert Herring).

As well as mainstage productions, Webb has enjoyed collaborating with other musicians on art song cycles, chamber works, and original compositions such as John Greer’s Liebeslied – Lieder for vocal quartet and piano, four hands and Rob Gardner’s Cinematic Pop. She is excited to make her debut with the Grammy-nominated True Concord in  their December 2019 Lessons and Carols by Candlelight project.

Originally from Mesa, Arizona, Webb studied at the Brigham Young University and the Arizona State University. She holds a bachelor’s degree in Vocal Performance and a master’s degree in Opera Performance/Musical Theatre. When she isn’t rehearsing or performing, she’s having adventures with her devotedly supportive husband and two daughters. 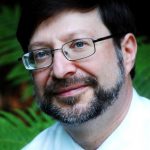 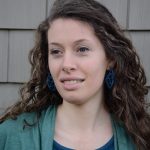