Benjamin Nisbet maintains a diverse performance schedule as a violinist. He holds a B.M. from Oberlin College Conservatory of Music, where he studied with Marilyn McDonald. He also holds a M.M. from the University of Arizona, where he studied with Mark Rush. He is currently in his seventh season as a member of the Tucson Symphony Orchestra. He is a founding member and musical director of Artifact Dance Project, a contemporary dance company in the Tucson Community, which recently completed its second international tour. Ben serves as Co-Concertmaster of the True Concord Voices & Orchestra.

He currently performs as a founding member of the Kingfisher String Quartet. Founded in 2008, the KSQ have established themselves as one of Southern Arizona’s finest chamber ensembles. During their time together, the KSQ has combined a mastery of the standard quartet repertoire with an ambitious collaborative schedule to critical and public acclaim. He was previously the Second Violin of the Sonora String Quartet, a group hailed as “Best New Classical Artist” by Tucson Weekly in 2006, and honored as “emerging artists” for the Yehudi Menuhin seminar, presented by the San Francisco Friends of Chamber Music. During the summer, he serves as the Artistic Director of the St. Andrew’s Bach Society, a popular concert series now in its 25th season. During his time with SABS, Mr. Nisbet has presented and produced solo, chamber, orchestral and even operatic concerts to great acclaim.

Ben also enjoys performing and recording in the realms of Popular and Jazz music, appearing regularly with popular Arizona acts such as Ryanhood and Sweet Ghosts, playing both violin and guitar. As an advocate for musicians in the Tucson community, Ben has thrice served as a negotiator for the Collective Bargaining Agreement for the Tucson Symphony Orchestra Musicians Organization, and he was also a founding member of the executive board of the AFM local 33 musicians union in Tucson. 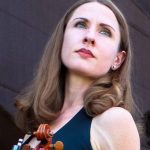