Lauded for her strikingly unique balance of artistry, interpretation, and vocal beauty, Cait Frizzell has achieved global acclaim with her “radiant and angelic voice” (South Florida Classical Review). Fiercely passionate about reaching new audiences, she has demonstrated a particular dedication to contemporary music and has created a niche for herself as a recitalist from Carnegie Hall to the small pubs of Dublin with her performance of programs exclusively performed in the native language of her audiences. A flexible and sensitive musician, she performs equally as a soloist and ensemble singer with her name appearing on the rosters of Anúna (Dublin, Ireland), Seraphic Fire (Miami, FL), Conspirare (Austin, TX), the Santa Fe Desert Chorale (Santa Fe, NM), and, of course, True Concord. A consummate millennial, Cait has spent countless hours in the recording booth, most recently having been recorded as a featured soloist on True Concord’s upcoming Christmas album, to be released in November of 2019.  Her discography also includes the soundtrack for “Wander,” ranked among XBox’s Top 25 most popular games in 2014, as well as two albums with ANÚNA, on which she is also a featured soloist. Cait holds a Master of Performance degree (with distinction) from the Royal College of Music and a Bachelor of Music from Florida State University. Further information can be found on her website, www.caitfrizzell.com. 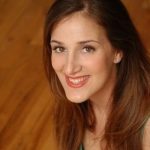