Praised for her “gorgeous singing,” “polished delivery” and “agile ornamentation,” mezzo soprano Catherine Hedberg is a concert soloist and ensemble musician based in New York City and Boston. A versatile performer with experience in a wide range of genres and periods, she has a particular passion for early repertoire, new music, and the music of Spain.

Catherine is a member of the Handel and Haydn Society, with whom she has appeared as a soloist in works including J.S. Bach’s B Minor Mass, Magnificat, and Cantata No. 133, C.P.E. Bach’s Spiega, Ammonia fortunata, and in a concert of Dowland songs with lutenist Catherine Liddell. Other recent highlights include Bach’s B Minor Mass and Duruflé’s Requiem (Central City Chorus), Rossini’s Petite Messe Solonnelle (Dalton Chorale), works by Purcell and Handel in the Festival Musique en l’Ile in Paris, works by Schütz and Szarzynski (Early Music New York), John Cage’s 4’33” (MoMA) and a performance of excerpts from Nathan Davis’ dance opera Hagoromo with the International Contemporary Ensemble (ICE).

In prior seasons, Catherine was a frequent soloist with Boston’s Cantata Singers, including appearances in Nicholas Maw’s One Foot in Eden Still I Stand, Bach’s B Minor Mass and Cantatas BWV 11 and 34, Liszt’s Via Crucis, Schumann’s Scenes from Goethe’s Faust, and Handel’s Belshazzar. With the chamber ensemble Musicians of the Old Post Road, she performed the role of Dameta in Caldara’s Amarilli Vezzosa and recorded and performed Christmas music from New Spain. She toured the US with the Boston Camerata in their production A Symphony of Psalms, and has also appeared as soloist with Newport Baroque Orchestra, Handel Society at Dartmouth College, Berkshire Choral Society, Nashua Symphony Choral Society, and with Ton Koopman at Carnegie Hall’s Zankel Hall. 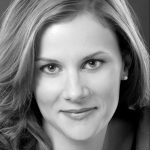