Award winning harpist Dr. Christine Vivona received a Master of Music from The Juilliard School and a Doctorate in Harp Performance from the University of Arizona. Dr. Vivona is principal harp for True Concord and plays harp II with the Tucson Symphony.

Christine frequently performs both solo and ensemble classical and jazz programs for concert series, symphonies and varied venues throughout Arizona and the Southwest. As a duo with Rob Boone, trombone and piano, they annually perform at the Chandler Jazz Festival.

Christine has performed on Columbia Artist Community Concert Tours, the Tucson and Phoenix symphonies, the Symphonic Winds, the Arizona Commission on the Arts, Chaminade and Bisbee concert series. Christine has been an entertainer on various cruise ships throughout the world.

Dr. Vivona is in demand as a recording artist both as soloist and accompanist. Her own CDs “Radiance” and “Red Hot and Blue” receive international airtime on both classical and jazz radio. “Family Affair, Live at Brady’s” is a jazz CD with husband Rob Boone and their musical sons Jesse and Cory. The CDs she is on for other artists (Linda Ronstadt and Nils Lofgren to name some) and her flute and harp CD, “Women in Black” with Sandy Schwoebel, receive international airplay.

Christine has a large teaching studio in Tucson performing with the students several times throughout the year. She started the harp program at Arizona State University in Tempe in the fall of 1989 and taught there until Spring 2000. Dr. Vivona’s students regularly win national competitions. 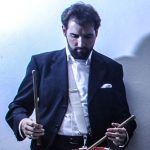 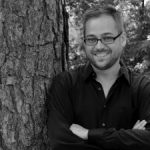