Clifton Massey, countertenor, was raised with a love for country & western, bluegrass, and other close-harmony singing in Dallas, TX. Frequently sought as a soloist and collaborative musician, he has participated in the Ojai Festival, Tanglewood Music Festival, Oregon Bach Festival, and the Early Music Festivals of Berkeley, Boston, Utrecht, and Leipzig. As a noted specialist in music of the Baroque period, he has appeared in concert with early-music luminaries including Nik McGegan with the Philharmonia Baroque Orchestra, American Bach Soloists, Trinity Baroque Orchestra, and the American Classical Orchestra. He is an alumnus of the Grammy-award-winning group Chanticleer with whom he performed over 200 concerts worldwide. Highlights of recent seasons include performing with pop icon Madonna at the 2018 Met Gala, the modern premiere of Gianettini’s L’huomo in bivio with the Academy of Sacred Drama, the title role of Handel’s Orlando with Elizabeth Blumenstock, and performing in the inaugural two month installation of Reich Richter Pärt at The Shed, a vibrant new venue in NYC. Clifton is happy to debut with many respected ensembles this season, including TENET Vocal Artists, Artek, True Concord, Voices of Ascension, and will join the Staunton Music Festival and BachFest Leipzig in summer 2021. He is based in Brooklyn NY, and sings in the Grammy-nominated professional choir of Trinity Church Wall Street under the direction of Julian Wachner. He holds degrees from TCU and the Indiana University Historical Performance Institute, where he studied with Paul Hillier and Paul Elliott. 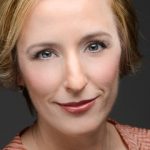 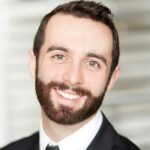