With more than 25 years in the nonprofit sector, Mr. Kunz has served in various executive leadership, development, and board roles. He was initially brought to Tucson by the Tucson Symphony Orchestra in 1995, becoming its Executive Director in 1997. In 2001 he formed his consulting firm, Clyde Kunz & Associates, working with nonprofit organizations regionally and nationally. He taught both Fund Development and Board Development courses for the ASU Lodestar Center on Philanthropy and Nonprofit Innovation for more than 10 years.

He currently serves as Chair of the board of the GRAMMY-nominated True Concord Voices & Orchestra. He also serves on the board of Cincinnati-based Forward Movement, and he is an Advisor to the New York-based Episcopal Church Foundation, and on the Advisory Council of the Women’s Foundation of Southern Arizona. 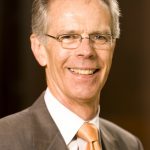