David Morgan was appointed Principal Tuba of the Tucson Symphony Orchestra in 2010. He hails from Vienna, Virginia, a suburb of Washington, DC. David studied tuba with Michael Bunn (Kennedy Center Opera House Orchestra) at the Shenandoah Conservatory; he earned a bachelor of music in tuba performance in 2003 and minored in bass trombone. He later began graduate work at Carnegie Mellon University where he studied tuba with Sumner Erickson of the Pittsburgh Symphony. In addition to the TSO, David is a member of the TSO Brass Quintet, Tucson Pops Orchestra, True Concord Voices & Orchestra, and Variance Brass Quintet.  He has performed as guest principal tuba with the San Diego Symphony and the Phoenix Symphony, and he has participated in the Aspen, Hot Springs, and Bay View Music Festivals. He has been featured as a soloist with the Tucson Symphony, Tucson Pops Orchestra, and Arizona Symphonic Winds.  He is married to Betsy Bright, TSO’s 2nd trumpet and trumpet in True Concord! 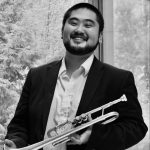 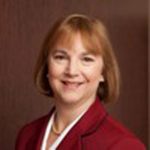