Praised by the New York Times for his “beautifully shaped and carefully nuanced singing” Derek Chester, tenor, has quickly established himself as a preeminent interpreter of early music, oratorio repertoire and a teacher of the vocal arts. He is an avid performer across North America and occasionally Europe with recent concert appearances including Handel’s Jephtha with Ars Lyrica Houston, Handel’s Messiah and Bach’s St. Matthew Passion with the Colorado Symphony, Dvorak’s Stabat Mater with the Handel Society of Dartmouth, Haydn’s Creation with the Fort Worth Symphony Orchestra and Pacific Chorale and Orchestra, a reconstruction of Bach’s St. Markus Passion with Barokksolistene of Norway; Bach’s St. Matthew Passion with True Concord, Monteverdi’s Vespers of 1610 with Boston Baroque and the Bach Collegium San Diego; Beethoven’s Missa Solemnis at the Berkshire Choral Festival, Britten’s War Requiem with the Korean Broadcasting System Symphony Orchestra, Mendelssohn’s Symphony No.2 the “Lobgesang” with the Buffalo Philharmonic, and all the major works of Bach with American Bach Soloists and orchestras across North America and Europe. Though his career is concentrated primarily in concert work, Dr. Chester is also passionate about opera and opera history, with theater credits including Tamino in Die Zauberflöte, Ferrando in Così fan tutte, Belmonte in Die Entführung aus dem Serail, Mack the Knife in Three Penny Opera, Nemorino in L’Elisir d’Amore, Peter Quint in Turn of the Screw, Oronte in Alcina, and Acis in Acis and Galatea. Recent roles include Alesandro in Cavalli’s Eliogabolo with West Edge Opera and Acis in Acis and Galatea with the Staunton Music Festival.

Dr. Chester received his bachelor’s degree in Vocal Performance from the University of Georgia and his Master’s Degree in Vocal Performance of Oratorio, Early Music, Song, and Chamber Music on full scholarship from the Yale School of Music and Institute of Sacred Music. As a Fulbright Scholar, he spent a year in Germany working as a freelance musician and furthering his training. While maintaining an active performing career, Dr. Chester received his DMA in Voice Performance and Opera Studies with full scholarship and a graduate teaching fellowship from the University of North Texas, with a dissertation on the juvenile song compositions of Samuel Barber.

As a well-regarded pedagogue Dr. Chester was invited to participate in the 2016 NATS Intern Program and has given master classes at the San Francisco Conservatory, Colorado Mesa University, Western Michigan University, the American Bach Soloists Academy, the University of Georgia, and at the 2015 Colorado Wyoming Regional NATS auditions. He currently serves as tenured Associate Professor of Voice at the University of Northern Colorado where he has worked since 2013 and is a featured soloist at the Staunton Music Festival and the Colorado Bach Festival. Despite his focus on academia, Chester continues his worldwide career as a sought-after interpreter of classical repertoire. Chester is a conductor at heart and is currently expanding that part of his creative output. He is the director of choirs at First Congregational Church in Greeley, CO and has conducted UNC’s early music vocal and instrumental ensemble, the Ursa Consort, for the last seven years. 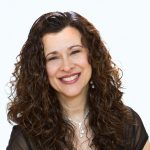 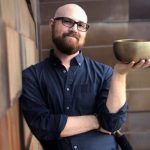