Baritone Elijah Blaisdell is a dedicated soloist and chorister with some of the country’s top ensembles. An early music specialist and originally a violist, Elijah was a vocal fellow at the Carmel Bach Festival in 2017 and will make solo debuts with both the Saint Louis Bach Society and The Madison Bach Musicians in 2018. Elijah is a frequent soloist with ensembles around the country, including The Masterworks Chorale in Boston, True Concord in Tucson, St. Andrew’s Bach Society in Tuscon, and Summit Choral Society in Ohio. New music ensemble collaborations include performances with The Beth Morrison Projects, The Crossing, Genesis Chamber Singers. Elijah also appears on recordings of new works with The Crossing, Cappella Clausura, and Futura Productions. Additionally, Elijah has performed with the Boston Lyric Opera, and Boston Youth Symphony Orchestra. Solo operatic credits include the role of Schaunard in La Boheme with the Crested Butte Music Festival in Colorado, Ottone in L’incoronazione di Poppea in Boston, and ensemble member with the world premiere of the Ourboros Trilogy in Boston. This spring Elijah will be a featured recitalist with Sky Opera in his hometown of Seattle. Elijah is a graduate of the New England Conservatory’s Masters program in Vocal Performance, and is currently based in New York City. Elijah holds a Bachelor’s degree in Vocal Performance from Central Washington University in Seattle. 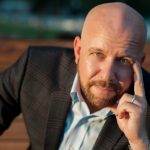 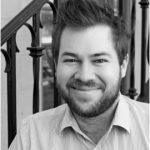