In 2005, Ms. Chamberlain was selected to perform for Israel Prime Minister Ariel Sharon and other Knesset members during a scholarship summit for Arts Education in Israel. While in Israel, she taught violin and orchestra at the Ron Shulamit Conservatory in Jerusalem, where she also served as Associate Concertmaster of the faculty chamber orchestra. Her Jewish folk ensemble, Alei Assor, appeared at the Klezmer Festival of Tzfat in 2005, and released a CD entitled I recall my song in the night.

Ms. Chamberlain has performed in a variety of chamber music ensembles, giving annual recitals throughout the United States.She performs regularly on the St. Andrew’s Bach Society Summer Concert Series and with Artifact Dance Project, in addition to a full season of performances as a founding member of the Kingfisher String Quartet.

Ms. Chamberlain served as Interim Music Director of the Tucson Chamber Orchestra in 2008-2009, where she also played Concertmaster. Through this position, she was selected as an Artist-in-Residence with the Arizona Commission on the Arts and was awarded the Artist Career Advancement grant in 2008. 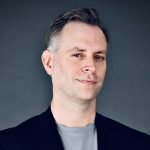 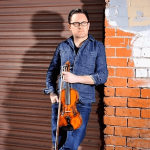