Award-winning composer, singer, and performance artist Emily Lau (b.1984) fuses elements of ancient music with contemporary techniques to tell unique aural and visual stories. Through the process of music-making and sharing, she fosters social and personal conversations that inspire compassion and actions.

BBC Radio calls her contemporary compositions “haunting” and “emotional”, Cleveland Classical Review praised her singing of medieval music “striking”, and Boston Musical Intelligencer called the multi-media shows she produced and directed “magical” and “imaginative”. This Hong Kong-native has set up permanent camp in the strange and fascinating cultural landscape that is the USA with periodic encouragement by major institutions, in both classical and other popular genres.  As a composer, she has written for GRAMMY-winning ensembles, network television shows, NPR, and more. As a singer and director, she has appeared on leading chamber and early music series and festivals both domestically and internationally. She has presented clinics and lectures at Wellesley College, Harvard University, ASU, University of Arizona, UCLA, and numerous high schools and community arts programs.

Emily is most drawn to the communicative, explorative, and empathetic experiences that come out of the artistic process. Emily deeply believes that the artistic process should resemble the ideals that arts uphold. She questions the traditional model of artistic presentation in her works, and uses techniques in devised theater, meditation, and other emerging disciplines to explore different ways to with her collaborators and audience. As a social advocate, she has devoted herself to the causes of homeless children, inner-city sexual and reproductive education, LGBTQ rights, and expressive arts outreach in correctional facilities.

Emily is the founding artistic director of the early and new music ensemble The Broken Consort, a founding member of the Disobedient Femmes, an award-winning performance art troupe, a board member of Early Music America, and a collaborator in numerous artistic projects. She holds an M.Mus. in Early Music Performance from Longy School of Music of Bard College, a B.A. in Music and Sociology from University of Miami, and multiple fellowships, scholarships, and residencies throughout her academic and professional career.  Emily works and teaches in Portland as part of the Big Mouth Society, an organization aimed at changing the standard presentation and funding of the arts. She also teaches voice at Reed College.

Emily’s singing can be heard on several major labels, including Dorian, Gothic, Reference, and Albany, amongst them True Concord’s GRAMMY-winning project Far in the Heavens.  Her compositions can be heard on Isle of Lucidity (2012) and the soon-to-be-released Opus 1 & 2: Radical Softness & The Glorious Cuntata. (2018), and on various artists’ new music albums. 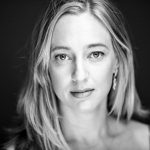 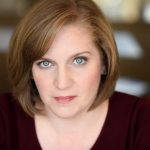