Eric Holtan launched his professional music career at age 12 as a church organist. A native of Minnesota, he studied organ, voice and conducting at Gustavus Adolphus College. He earned a master’s degree in choral conducting at the University of Iowa, where he was assistant director of Camerata Singers, and the doctor of musical arts degree in choral and orchestra conducting at the University of Arizona, where he was the UA Opera Theater’s chorus master. His research focused on the role of the chorale form in Mendelssohn’s oratorios and symphonies as reflection of the musical and religious influences on Mendelssohn.

Eric has held several conducting positions in secondary and higher education, churches and community and professional organizations. He served as associate conductor of the Southern Arizona Symphony Orchestra, and for many years was the assistant director of the Tucson Symphony Orchestra Chorus, where he assisted in the preparation of numerous works, including Verdi’s Requiem, Beethoven’s Symphony No. 9 and Missa Solemnis, Orff’s Carmina Burana and Handel’s Messiah. Eric continues his work in church music as minister of music, art and liturgy at Dove of Peace Lutheran Church.

Ensembles under Eric’s direction have performed in the great cathedrals of central Europe, in an international choral festival in Russia, and as invited performers at the conventions of Music Educators Association and American Choral Director’s Association. Since founding True Concord, Eric has conducted performances of many of the most significant choral works in the canon, and has commissioned some of America’s leading composers for world premiere performances. Most recently, Eric conducted True Concord on its New York debut at Lincoln Center’s Alice Tully Hall for a special concert on the 14th anniversary of 9/11.

Eric’s principal conducting teachers include Karle Erickson, William Hatcher, Bruce Chamberlain and Thomas Cockrell. Eric was a conducting associate at the Conductor’s Institute of South Carolina where he studied chiefly with Donald Portnoy, and a conducting fellow at a Curtis Institute masterclass, where he studied with Otto-Werner Mueller, Christoph Eschenbach and David Hayes. He has trained with other notable conductors including Duain Wolfe, Vance George, and Dale Warland. 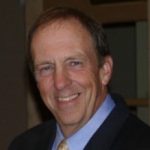 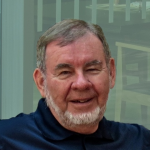