Known for her vocal clarity, versatile singing, and moving performances, Erin Calata readily sings a wide array of genres, with a special interest in Early Music, New Music and choral works. As a seasoned soloist, recitalist and chorister she has participated in many Masterworks, numerous national and world premieres, and regularly collaborates on a variety of recital performances each season.  Erin frequently sings with the Texas Early Music Project in Austin and Seattle’s Vox16, and has also sung with the Oregon Bach Festival Berwick Chorus, the Pacific Lutheran University Choral Union, the City Opera Ballet of Bellevue, the Arizona Opera Chorus, Pacific Musicworks, and the Stuttgart Festival Ensemble in Germany.  She has participated in the American Bach Soloists Academy and as a New Young Artist with the Victoria Bach Festival in Texas.

Erin holds a Bachelor of Music degree in Vocal Performance from Pacific Lutheran University and completed her Master of Music degree in Vocal Performance at Arizona State University. She is a private voice instructor at Pierce College and is the director of the Shepherd of the Hill Presbyterian Church choir, both in her hometown of Puyallup, Washington. 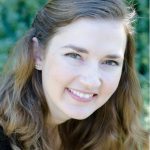 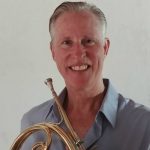