British/Canadian violinist, Freya Creech, combines a busy and varied performance schedule as a soloist, chamber musician and collaborative artist. She regularly performs in venues across the UK, which have included appearances at Royal Festival Hall, Cadogan Hall and Queen Elizabeth Hall, as well as throughout Europe, in such concert halls as the Festspielhaus (Salzburg), Herculessaal (Munich) and Sendesaal (Bremen). She has appeared as a concerto soloist on a number of occasions and has given many performances at the Edinburgh Fringe, Aldeburgh, Brighton Fringe and Salzburg Kammermusik Festivals. Freya has also held several orchestral positions, including with the Salzburg Philharmonie and European Union Youth Orchestras, and has played in a wide range of chamber ensembles, most notably as second violinist of the Rose Quartet; an international collaboration. Currently, Freya is exploring a new adventure in Tucson, Arizona, and performs regularly with the Tucson Symphony Orchestra and Grammy-nominated ensemble, True Concord. She is planning many exciting new programs, in particular a solo violin recital on the theme of immigration, which will combine music written by immigrant composers and poetry written by Freya, based on her own experience of emigration to the United States.

Freya’s first solo album is now available on Spotify, and features the little known, yet very beautiful, 10 Caprices for Solo Violin by Sonia Eckhardt-Gramatté. This is the first recording of these works to be released in 20 years.

Freya grew up on the Wild Atlantic Way, in the west of Ireland, learning the violin with her mother. After moving to the UK at the age of ten, she entered the Junior Department of the Royal Academy of Music, London, studying with Igor Petrushevski. Freya pursued her studies with Petrushevski as an undergraduate student at the Royal Academy, where she was awarded the Sir Elton John scholarship, and completed her Bachelor of Arts degree with distinction as a student at the Mozarteum, Salzburg, with Professor Klara Flieder. Freya went on to study in the prestigious Masters degree programme in Kammermusik at the Hochschule für Musik, Hannover, and was recently awarded a distinction for her solo Masters degree at the Mozarteum, where she furthered her studies with Professor Flieder.

In addition to her violin activities, Freya is also an enthusiastic viola player, an instrument for which she also has a great affinity and real love. Freya’s other interests include a deep love of art (she is often to be found enjoying an afternoon at an exhibition) as well as opera, cinema, reading and food (cooking, but mostly eating!). Freya also has a huge passion for writing, and has developed a large international readership of her blog, Freya’s Nook 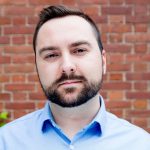 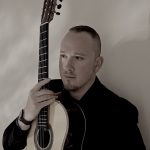