A native of Japan, Grace Nakano received her Masters of Music degree in Classical Performance from the Manahattan School of Music with Lucie Robert and Bachelors of Music degree from Boston University with Bayla Keyes. She was a recipient of the Fine Arts Award at the Interlochen Arts Academy with Hal Grossman. She was also the First Prize Winner of the Duxbury Music Festival Chamber Competition in 2012.

Prior to joining the Tucson Symphony as Assistant Concertmaster, Grace was the Assistant Concertmaster of the National Repertory Orchestra, where she soloed with the orchestra in 2015. She was an associate member of the Civic Orchestra of Chicago in 2013, Acting Principal 2nd for the YMF Debut Orchestra from 2013-2016, and First Violin member of the American Youth Symphony 2013-2016 and the Young Artists Symphony Orchestra 2015-2016 in Los Angeles. Grace was also Principal 2nd for the Dream Orchestra in Los Angeles founded in 2015. She currently serves as a sub for the New World Symphony Orchestra in Miami. 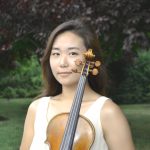 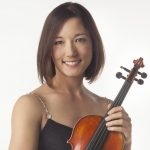