JAMES K. BASS, three-time Grammy nominated conductor and singer, is Director of Choral Studies in the Herb Alpert School of Music at UCLA and the Artistic Director of the Long Beach Camerata. Bass received the Doctor of Musical Arts degree from the University of Miami–Florida, where he was a doctoral fellow and was a graduate of the Interlochen Arts Academy.

Bass was selected by the master conductor of the Amsterdam Baroque Soloists, Ton Koopman, to be one of only 20 singers for a presentation of Cantatas by J.S. Bach in Carnegie Hall, and was an auditioned member of Robert Shaw’s workshop choir at Carnegie. He has appeared as soloist with numerous professional vocal ensembles, orchestras and festivals.

Bass also serves as associate conductor for Seraphic Fire, the Miami-based professional choir, and has served as choirmaster for the Classical Music Festival in Eisenstadt, Austria. 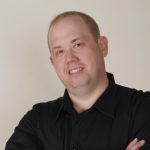 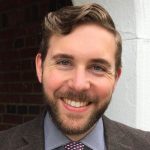