Dr. Jennaya Robison is the Raymond R. Neevel/Missouri Professor in Choral Music and Director of Choral Studies in the Conservatory at the University of Missouri-Kansas City where she conducts the Conservatory Singers and leads the graduate program in choral conducting. She is in demand as a conductor, clinician, and soprano throughout the United States She has held previous positions at Luther College, the University of Arizona, and the University of New Mexico. She has presented lectures and workshops at national, regional, and state ACDA conferences and state NATS conferences. She has been an invited conductor and clinician at numerous festivals including All State Choirs and various regional and state honor choirs throughout the United States. She will serve as guest conductor of the Consort Chorale, San Francisco in 2021 and make her Carnegie Hall conducting debut in 2023.

She is delighted to return to sing with True Concord Voices & Orchestra with whom she has sung as chorister and soloist. As a soprano, she served as soloist with the Consort Chorale and Orchestra, (California), Oneota Valley Community Orchestra, Tucson Symphony, Arizona Opera, Scottsdale Arts Orchestra, Scottsdale Symphony, St. Andrews Bach Society, Phoenix Youth Symphony, Tucson Masterworks Chorale, University of Arizona Choirs and Symphony Orchestra, Rochester Choral Arts, Chamber Orchestra of Albuquerque, Luther College Symphony Orchestra and has held leading roles in operas in Iowa and New Mexico. She has sung as a member of the Dale Warland Singers in Minneapolis, Minnesota under the direction of Dale Warland, Las Cantantes under the direction of Bradley Ellingboe, and in the Nordic Choir of Luther College under the direction of Weston Noble.

She holds the Doctor of Musical Arts in Choral Conducting from the University of Arizona, the Master of Music in conducting and voice from the University of New Mexico, and the Bachelor of Arts in music from Luther College.  Her choral series is published with Pavane Music and additional arrangements and compositions are published by Kjos Music and Morningstar Music. 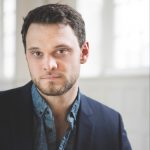 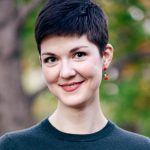