Jessica Campbell has played third bassoon and contrabassoon with the Tucson Symphony Orchestra since 2008 and is a regular freelancer in southern Arizona. Along with colleague Cindy Behmer, Jessica is half of the Kontra-Cor duo, a unique ensemble consisting of two double reed players: one oboist/English hornist and one bassoonist/contrabassoonist. Kontra-Cor has commissioned and premiered new works for the ensemble and has performed in both North America and Asia. Additionally, Jessica has performed with the Arizona Opera, True Concord, and the Phoenix Symphony. As a soloist, Jessica has had the pleasure of performing the Mozart Bassoon Concerto (movement 1) with the Tucson Repertory Orchestra, the Gordon Jacob Bassoon Concerto with the Southern Arizona Symphony Orchestra, and Carl Maria von Weber’s Andante e Rondo Ungarese with the University of Arizona Philharmonic Orchestra.

She received the Bachelor of Music degree from Columbus (GA) State University and the Master of Music degree from Florida State University, where she served as a teaching assistant. She currently teaches fifth through twelfth grade music courses at BASIS Tucson North, teaches a studio of bassoonists and contrabassoonists in southern Arizona, and maintains a bassoon/contrabassoon reed-making business with customers around the globe through her Etsy and eBay shops. She also frequently coaches the Tucson Philharmonia Youth Orchestra bassoon section.

Jessica resides in Tucson and spends much of her free time chiseling, scraping, and whittling through mountains of bassoon reed cane. When reed-making is not necessary, she enjoys reading, hiking, and playing with her cats, Luna and Belvie. 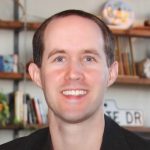 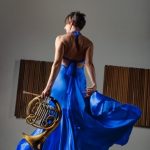