JoAnna Borah Park grew up in Cherry Hill, New Jersey and started to play the violin when she was eight years old. She studied with members of the Philadelphia Orchestra including Dara Morales, Davyd Booth, and Dmitri Levin. She continued her studies in music at Temple University in Philadelphia, where she received a Bachelor of Music degree in violin performance, under the tutelage of Dara Morales.

After receiving her bachelor’s degree, JoAnna decided to move across the country to Tucson, Arizona to continue pursuing her dream of becoming a professional musician. She attended the Fred Fox School of Music at the University of Arizona and received a Master of Music degree in violin performance last May. She studied with Professor Lauren Loth, Concertmaster of the Tucson Symphony Orchestra. While pursuing her master’s degree, JoAnna was a member of the Sonoran String Quartet, the Graduate String Quartet representing the Fred Fox School of Music. JoAnna accrued her skills of leading large ensembles by sitting as concertmaster for many of Arizona Symphony Orchestra’s concerts. In October of 2015, JoAnna joined the Tucson Symphony Orchestra as one of the youngest members.

Currently residing in Tucson, JoAnna hopes to continue playing for the Tucson Symphony as well as pursue her other dream of teaching. She enjoys working with young students and hopes to start a music school someday for underprivileged youths who wish to learn to play an instrument. 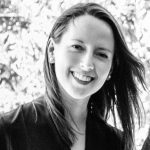 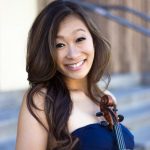