Dr. Moore earned his Bachelors of Music Performance degree from the Puerto Rico Conservatory where he studied with Dr. Francisco Cabán, Dara Morales and Henry Hutchinson. He also holds a Masters degree in Music Performance from The University of Akron in Ohio, where he studied violin and viola with Prof. Alan Bodman, and a Doctor of Musical Arts degree from the University of Arizona where he was teaching assistant to Prof. Mark Rush. 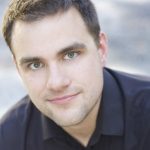 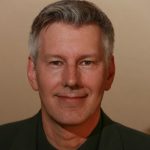