An Arizona native, Julia Higgins received her bachelor’s degree in music education from the University of Arizona. She is now in her 13th year teaching choir at Esperero Canyon Middle School where she has also taught general music, guitar and band. Her choirs have consistently received Superior ratings at state choral festivals and had the honor of being selected to perform at both the 2012 & 2016 Arizona Music Educators Association Conferences.  She has mentored eight student teachers, been a guest lecturer for music education classes at the U of A, and presented numerous sessions at state music education conferences for both AMEA and AzACDA. Julia was selected as the 2015 “Teacher of the Year” for the Catalina Foothills School District.

Ms. Higgins is thrilled to be singing in her ninth season with the True Concord Voices and Orchestra.  In addition to teaching and performing, Julia serves as the Past-President for the Arizona Choral Educators (ACE) and is an active member of both the National Association for Music Education (NAfME) and the American Choral Directors Association (ACDA). She is the Director of Contemporary Music at Northminster Presbyterian Church and is also enjoying her fifth season as an Associate Conductor for the Tucson Girls Chorus. 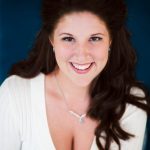 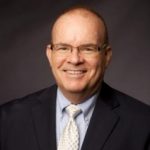