Justin headed the Bisbee High School choral and theatre departments from 2003-06 before receiving a master’s degree in choral conducting at the University of Arizona, where he conducted the UA Faculty/Staff Choir and served as the Minister of Music at Rincon Congregational United Church of Christ and as assistant conductor of the Southern Arizona Women’s Chorus. At graduation, Justin received Outstanding Graduate Student Leadership Awards from both the Graduate & Professional Student Council and the Center for Student Involvement & Leadership, in addition to being nominated for the 2008 Arizona Governor’s Arts Award. While in Arizona, Justin was an active member of the Arizona Music Educators Association and served on the AZ ACDA state board as Repertoire & Standards Chair for Community Choirs. Justin is a proud founding member of True Concord and is excited about the growth the organization has seen over the years.

Justin moved to the Tri-Cities, WA in summer 2008 to begin his duties as Artistic Director of the Mid-Columbia Mastersingers. He also serves as Chorusmaster of the Yakima Symphony Chorus and is active on several regional boards and commissions, including his role as the ACDA Northwest Division Repertoire & Resources Chair for Community Choirs and a member of the Washington State Arts Commission. He continues to perform as a chorister with Male Ensemble Northwest and Chor Anno, two regional ensembles made up of professional choral musicians from across the Pacific Northwest. 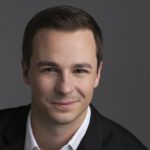 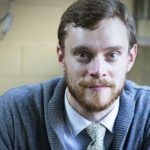