L.H. Brown has been singing with True Concord since 2006. He is also a member of Sounding Light, the Lange Choral Ensemble and whateverandeveramen. For over 35 years he has sung leading roles in opera, oratorio, musical theater and all genres in between.

A choral conductor as well as a singer, L.B. is the Director of Music at Unitarian Universalist Church of Greater Lansing (MI). Previously he was at Mountain Vista UU in Tucson and First UU Church of Detroit. He was the founding music director of Vox Humana– “Detroit’s Chamber Choir”– and is the former director of choirs at Oakland University in Rochester, Michigan. A conducting fellow of the Dartmouth Conducting Institute, he holds degrees from Western Michigan University and Albion College, and has completed significant work towards the Doctor of Musical Arts degree at Indiana University and University of Arizona. 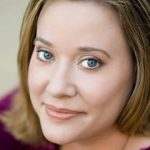 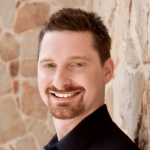