Lindsay Pope is the Visiting Director of Choral Activities at Williams College. She recently completed her doctorate in choral conducting at the University of North Texas, where she directed Concert Choir and University Singers. She was also Assistant Conductor of the Dallas Symphony Chorus, for which her work as chorusmaster was praised as “exemplary and well-prepared” (Texas Classical Review).

From 2011 to 2016, Lindsay served as Director of Choral Ensembles and Lecturer in Music at Mount Holyoke College, where she conducted the Glee Club, Chorale, and Chamber Singers, and taught undergraduate conducting. Under her direction, the ensembles participated in tours to Boston, New York, Philadelphia, and New Orleans, released a commercial CD, and performed at the American Choral Directors Association’s 2016 Eastern Division Conference. Lindsay was also active as Reading and Standards Chair for Women’s Choirs for the Massachusetts branch of ACDA, and appeared as a choral clinician for area children’s choruses and district choirs in Massachusetts and New York. Lindsay is passionate about exposing her students to choral music from a variety of genres, eras, and particularly cultures. She has traveled to Corsica and the Republic of Georgia with Village Harmony to study and perform traditional folk songs and chant.

Lindsay is a mezzo-soprano. She appeared as a frequent concert soloist with North Texas’s early music program. Recent performances include Bach’s St. John Passion and chamber music at the Boston Early Music Festival. Other notable performances include as mezzo soloist for the Duruflé Requiem for the Dallas Symphony Chorus’s Scando-Baltic Tour, as an alto soloist in Leonard Bernstein’s Chichester Psalms, conducted by Joseph Flummerfelt at the Spoleto Festival. Lindsay is also active as a choral musician. She has sung professionally with Lumedia Musicworks, Smith College Early Music and New Music, the Spoleto Festival, and the Santa Fe Desert Chorale.  She recently joined the rosters of the Grammy-affiliated True Concord Voices and the Handel and Haydn Society.

Lindsay has a master’s in choral conducting from Westminster Choir College and a Bachelor of Arts in Music from Mount Holyoke College. 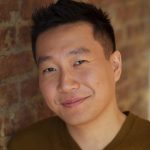 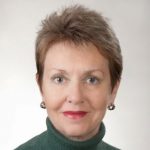