Margot Rood, hailed for her “luminosity and grace” by The New York Times, performs a wide range of repertoire across American stages.

Recent stage appearances include Amor in Gluck’s Orfeo ed Euridice with Grand Harmonie, Emily Webb in Rorem’s Our Town with Monadnock Music, Johanna in Sweeney Todd with St. Petersburg Opera, Ramiro in Helios Early Opera’s production of Cavalli’s Artemisia, and God of Dreams in Purcell’s The Indian Queen with Handel and Haydn Society.

In addition to opera and oratorio, Ms. Rood has performed as soloist with some of the United States’ premiere new music ensembles, and was a 2015 recipient of the St. Botolph Club Foundation’s Emerging Artist Award for her work in new music. Notable recent engagements include her Carnegie Hall debut in the world premiere of Shawn Jaeger’s Letters Made with Gold under the direction of Dawn Upshaw and Donnacha Dennehy, Kati Agocs’ Vessel and Soprano Evangelist in Arvo Pärt’s Passio with the Boston Modern Orchestra Project. Ms. Rood is a core member of Boston’s Lorelei Ensemble, an all-female vocal ensemble dedicated to the performance of new music, and is a founding member of the Michigan Recital Project, which features commissions by emerging composers. Also sought after as a collaborator, Ms. Rood has been invited by composers at Columbia University, University of Pennsylvania, McGill University and Keene State College for performances and masterclasses.  Her new recording with composer Heather Gilligan, Living in Light, will be released in 2016. 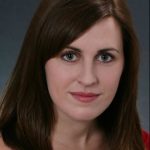 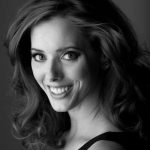