For four years, Matthew was a member of the celebrated vocal chamber ensemble Cantus, with whom he toured nationally and internationally and served as Tour Manager. With Cantus, Matthew appeared as a soloist and ensemble member at the Kennedy Center, Lincoln Center, the National Gallery of Art, the Metropolitan Museum of Art, Minnesota Public Radio, The Greene Space (New York Public Radio), The Barns at Wolf Trap, Duke Performances, the Krannert Center, Teatro Metropolitano in Medellín, Colombia, the Busan Choral Festival and Competition, the Daegu International Choral Festival, the National Theater and Concert Hall in Taipei, Taiwan, Tianjin Concert Hall, and Shenzhen Concert Hall. He has also appeared on local and national media outlets in programs with Minnesota Public Radio, American Public Media, WQXR (NYC), Colorado Public Radio, and Texas Public Radio.

Matthew made his solo debut with the Baltimore Symphony Orchestra in March 2019 and his Carnegie Hall debut with the National Symphony Orchestra in May 2019. He sings regularly with Grammy-nominated ensembles Skylark and True Concord Voices & Orchestra, as well as the Santa Fe Desert Chorale, and the Cathedral Singers at Washington National Cathedral. He can be heard on a number of critically acclaimed albums, including True Concord’s 2016 Grammy-nominated “Far In The Heavens: Choral Music of Stephen Paulus”, on which he served as production manager, soloist, and ensemble member.

Hailing from northern Minnesota, Matthew studied conducting, voice, piano, and theater at Concordia College, Bemidji State University, and the University of Arizona. He is currently pursuing his DMA in Choral Conducting at the University of Maryland where he conducts the University Chorale and studies with Dr. Edward Maclary. He makes his home in the Washington, DC area with his wife, soprano and actor Sophie Amelkin and Lucy, the sweetest beagle. www.matthewgoinz.com 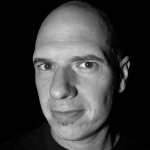