Matthew Anderson has been praised for the warm tenor voice and polished musicality he brings to oratorio, opera, and musical theater.

An accomplished interpreter of the music of Bach, Mr. Anderson sings regularly as a soloist in Boston’s renowned Emmanuel Music Bach Cantata Series.  He appeared at the Aldeburgh Festival as a soloist in the Saint Matthew Passion and spent several summers at the Carmel Bach Festival, where he was featured as a Virginia Best Adams Fellow and aria soloist in the Saint John Passion.  He has received particular acclaim for his portrayals of the Evangelists in Bach’s Passions, which he has performed throughout the United States.  Mr. Anderson is a two-time prizewinner in the American Bach Society Competition and winner of the second prize in the Oratorio Society of New York Solo Competition, in which he also won the Westenberg Award for 18th Century Stylistic Interpretation.

Also recognized as a gifted performer of the American songbook, Mr. Anderson recently joined Keith Lockhart and the Boston Pops for their Bernstein Centennial Tribute at Boston Symphony Hall. In previous seasons, he has appeared with the Pops in Carousel (as Mr. Snow) and in celebrations of the music of Richard Rodgers and Cole Porter.

Mr. Anderson studied Classics at Harvard and voice at the New England Conservatory.  He spent two seasons as a vocal fellow at the Tanglewood Music Center and was a Lorraine Hunt Lieberson Fellow with Emmanuel Music.  He also trained in the James Collier Apprentice Artist Program at Des Moines Metro Opera, the Britten-Pears Young Artist Programme, and the Cincinnati Opera Resident Ensemble. Mr. Anderson is a Kansas native and lives in Boston with his husband John and daughter Nora. 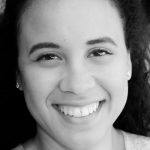 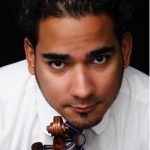