Rhianna Cockrell, mezzo-soprano, has captivated audiences with her interpretations of Renaissance and Baroque works as well as her passion for contemporary works. She earned her master of musical arts in early music voice performance from the Yale School of Music, where she performed as alto soloist in works by Telemann and Schütz with Masaaki Suzuki and the Yale Schola Cantorum and in Handel’s Messiah with the Yale Glee Club. Most recently, Cockrell was hired back to join Yale Schola Cantorum in their Germany tour as the soloist in Aaron Copland’s In the Beginning.

Cockrell’s 2022–23 sees her as the alto soloist in Bach’s Christmas Oratorio with Kentucky Bach Choir, as well as the alto soloist in Bach’s B Minor Mass with Cantata Collective. Previously, Cockrell won the Colorado Bach Ensemble’s 2020 Young Artist Competition and an encouragement award in the 2021 Audrey Rooney Bach Competition. As a champion of contemporary music, Cockrell appeared in Nasty Women Connecticut’s 2021 online art exhibition Silent Fire in a performance of Joel Thompson’s After, as well as in Prototype Opera’s 2021 virtual festival in Thompson’s Clairvoyance. She also recently premiered Amelia Brey’s the night i died again, which she commissioned for her degree recital at Yale. She has previously appeared as a soloist with St. Peter’s Bach Collegium, The Thirteen, and Oregon Bach Festival. She has also performed with True Concord Voices & Orchestra, Apollo’s Fire, Oregon Bach Festival Choir, The New Consort, and Musica Sacra.

In addition to performance, Cockrell is an active advocate for social justice and diverse representation in classical music. Along with two of her colleagues, Gloria Yin and Joe Lerangis, Cockrell co-founded New Muses Project in 2021 and now works as their Administrative Director. New Muses Project is a collective that aims to encourage justice-focused radical curiosity in classical music, and will do so through providing a streamlined database that is free and open to the public, frequent performances, transcription projects, and more. Visit the website here! 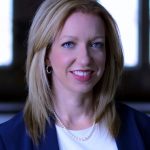 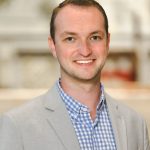