Mr. Eddy recently won 1st Prize in the Oratorio Society of New York’s Lyndon Woodside Competition. He is also the winner of the 2015 Joy in Singing Music Sessions, which led to his New York solo recital debut at Merkin Hall, and was also a Regional Finalist of the Metropolitan Opera National Council Auditions.

Upcoming performances in the 2019-2020 season include concerts with True Concord Voices and Orchestra, Handel’s Messiah and Bach’s Coffee Cantata with Seraphic Fire, Handel’s Messiah with Spire Chamber Ensemble, performances in the world premiere of Daren Hagen’s song cycle The Art of Song with Brooklyn Art Song Society and Philadelphia’s LyricFest, as well as his debut with the Oratorio Society of New York in the world premiere of Paul Moravec and Mark Campell’s A Nation of Others. 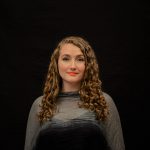