Steven Jay Lerman is an award-winning classical guitarist originally from San Diego, California. Although Steven began his classical guitar studies relatively late, at age 15, he was so motivated to learn that he completed his first Bach lute suite just two years later.

Steven has won prizes in 25 internationally competitive guitar competitions – including 10 first-prizes. In 2018, Steven was selected as just the third guitarist to be named a winner of the 29th Annual Frances Walton Competition in Seattle, a competition open to all classical instruments. Since being selected for the Promising Artists of the 21st Century Tour in 2014, Steven has taught, performed, and made radio appearances across the U.S., and in Mexico, Canada, Costa Rica, and France.

Steven completed his doctor of music degree in 2019 and has taught for the last 7 years as a graduate teaching assistant at Florida State University and the University of Arizona. In addition to teaching at the collegiate level, Steven has also taught music through outreach programs at nearly two-dozen underserved public schools across Arizona. 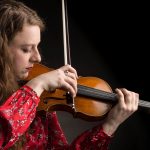 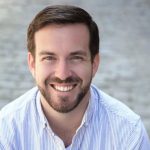