Thann Scoggin is widely recognized for his versatility as a soloist and chamber musician.

Throughout this season, Thann is engaged in touring and educational outreach with Grammy-winning experimental vocal band Roomful of Teeth. Engagements in 2019-20 include continued performances of Claude Vivier’s opera Kopernikus. The Peter Sellers production will be staged in Wellington, NZ in the spring. Thann also joins Teeth for performances of Bryce Dessner’s Triptych across the US throughout the season, as well as Berio’s Sinfonia with the Oregon Symphony, and festival appearances in Washington, DC, Montreal, Australia, Austria, and the Czech Republic.

Thann is also thrilled to appear in concerts with Tucson’s True Concord for his third season.

He has performed regularly with Austin’s Conspirare, Boston Baroque, Handel and Haydn Society of Boston, Emmanuel Music, and numerous other ensembles. Thann has also appeared on recordings on the Harmonia Mundi, Linn, CORO, Gothic, and Albany labels, including Conspirare’s 2014 Grammy-winning album The Sacred Spirit of Russia.

Thann is also a voracious collector of vinyl records and an avid hiker and lover of the outdoors. He is a passionate advocate for public lands and spends several weeks a year climbing the high peaks of the Mountain West. 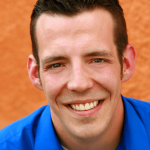 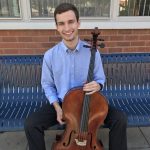