Dreams of the Fallen | Jake Runestad

The information on this page is from https://jakerunestad.com/store/dreams-of-the-fallen/.

Combining the musical forces of solo piano, chorus, and orchestra with powerful texts written by Iraq War veteran and award-winning poet Brian Turner, Dreams of the Fallen explores a soldier’s emotional response to the experience of war. 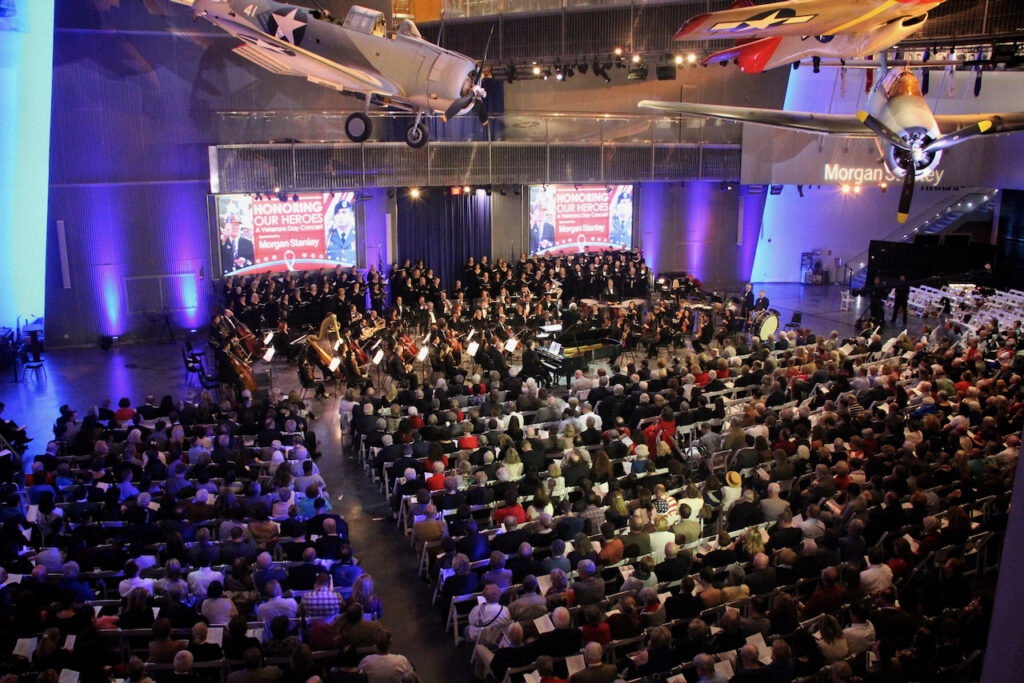 World premiere of Dreams of the Fallen at the National WWII Museum in New Orleans.

Led by new music enthusiast and respected pianist Jeffrey Biegel, a consortium of orchestras was assembled for an exciting new commission of award-winning young composer Jake Runestad. Combining the musical forces of solo piano, chorus, and orchestra with powerful texts written by Iraq War veteran and award-winning poet Brian Turner, the new work explores a soldier’s emotional response to the experience of war.

Education & Outreach
Biegel, Runestad, and Turner are interested in participating in pre-concert talks and other educational opportunities involved with the creation of the work and its cultural relevance. Ensembles are encouraged to partner with local museums, schools, and military organizations to promote the work and its inspiration: the men and women of our armed services both past and present.

Commissioned by acclaimed pianist Jeffrey Biegel and a consortium of five orchestras from around the country, Dreams of the Fallen explores a soldier’s emotional response to the experience of war using powerful texts written by Iraq War veteran and award-winning poet Brian Turner.

Notes from the composer, Jake Runestad:

The ensemble of solo piano, chorus, and orchestra provides a formidable challenge to any composer given its sheer size, sonic power, and infinite textural and color possibilities. While planning for this work, I sought thematic material that would allow the piano to embody a character or person who could speak clearly and directly to the listener. During this conception phase, I read stories of soldiers returning from wartime experiences and found myself drawn into the complexity of their emotional responses and the ongoing impact of their post-traumatic stress disorder (PTSD). I knew that the lasting impact of war was an important story to share and that these musical forces could do so in a powerful way. As I searched for the right text to use for the chorus, a poet friend of mine suggested the work of Brian Turner — an award-winning poet and veteran of the wars in Iraq and Afghanistan. Brian’s raw, immediate, and unbridled words cut to the heart of the sights, sounds, smells, and emotions of war and reveal the burdens that its prey must carry for the rest of their lives. I knew they were perfect for these stories.

Through my research in studying articles, reading personal accounts, and speaking with veterans, I found two fundamental needs of returning soldiers: First, a sense of closure to the war experience, and second, continual understanding and support from a community of friends and family. In his book What It Is Like To Go To War, Karl Marlantes recounts his experience serving as a soldier in Vietnam and how it changed his cognitive and emotional wellbeing: “When I did eventually face death — the dead of those I killed and those killed around me — I had no framework or guidance to help me work out combat’s terror, exhilaration, horror, guilt, and pain into some larger framework that would have helped me find some meaning in them later.”1 He discusses the importance of a ceremonial “handing over of the gun” to mark an end to the wartime experience as a way of easing the transition back into life at home. Inspired by the words of Marlantes and those veterans with whom I spoke, the goal of Dreams of the Fallen is to serve as a ceremony addressing the life-changing experiences of war, and to reveal these stories through music so as, I hope, to foster compassion and inspire a communal support system for veterans and their families.

Though a single, continuous movement, the work is structured in three sections based on Brian Turner’s poems as well as the elements of a rite of passage: separation, liminality/transition, and reincorporation. The work opens with the line: “and I keep telling myself that if I walk far enough, or long enough, someday I’ll come out the other side,” which, also appearing at the end, contextualizes the pre and post-war experience. “Here, Bullet,” a violent beckoning to the weapons of war, launches the listener into the world of battle and first section of the work. Chaotic and dissonant music flies through the ensemble as the rhythmic motives in the piano wreak havoc on the soldier’s psyche. Several dream sequences, featuring the solo piano, serve as musical bridges between sections allowing the soldier to explore his or her emotional responses to the text. The second section, “Phantom Noise,” introduces scarring memories through “ringing” motives with heavy, downward motion and echo effects. “Sadiq,” the third section of the work, calls for the acknowledgement and acceptance of emotion through the line “no matter what crackling pain and anger you carry in your fists, it should break your heart to kill.” Intensifying in rhythm and dissonance, that line finally breaks free and we return to the same text found at the opening but now in a new context of understanding. The final coda features the strings and voices in improvised lines allowing each individual to sing his or her own melodies that when sounding together, embody a warm embrace.

I am grateful to the veterans who have shared their stories with me and hope that this work captures a glimpse of their life-changing experiences. No matter our personal opinions of war, may Dreams of the Fallen deepen our awareness of its impact and challenge us to listen, feel, grieve, and seek to understand those who have given of themselves for our country.

DREAMS OF THE FALLEN
Poetry by Brian Turner

Wading Out (excerpt)
And I keep telling myself that if I walk far enough
or long enough someday I’ll come out the other side.

Sadiq
It should make you shake and sweat,
nightmare you, strand you in a desert
of irrevocable desolation, the consequences
seared into the vein, no matter what adrenaline
feeds the muscle its courage, no matter
what god shines down on you, no matter
what crackling pain and anger
you carry in your fists, my friend,
it should break your heart to kill.

Wading Out (excerpt)
And I keep telling myself that if I walk far enough
or long enough someday I’ll come out the other side.

All poems copyright © 2005, 2010 by Brian Turner and Alice James Books. Reprinted with permission of the publisher.